Niku Katsumata, the grilled meat restaurant originating from Ebisu, Tokyo, offers meat-lovers the delicious, unadulterated flavours of lean Japanese beef by cooking over crystal. A great location where busy adults can gather and relax over the enjoyment of good food.

Along Duxton Road where luxury stores and Japanese restuarants all stand in a row, Niku Katsumata is located right in the middle. Even the white base of the store's interior is part of a compromise between the Japanese and European decorating styles. It all comes together to give a great space for any special occasion with family, your partner or just for entertainment.

Seeking to showcase the taste of meat, he founded a rotisserie called "SAFARI" in 2005, followed by the founding of "Corporation SAFARI" in 2007, and became Executive Vice President. It expanded to seven stores in the center of Tokyo.

In 2012, Katsumata in Ebisu was opened as a membership-based store, for gourmands and celebrities to enjoy grilled meat. He also established the Japan Meat Sommelier Association in the same year.
Still active in the development of Japan's meat industry, Mr Katsumata still serves as consultant and lecturer to eateries produced and school in Japan.

~ A special experience only at Katsumata ~
Although most people know only a small percentage of the world’s Wagyu is actually from Japan, at Niku Katsumata,
you get to fully enjoy the flavours of Japanese Wagyu by having it grilled over crystal.

~ Invites you to explore the world of Japanese Beef ... ~
Wagyu beef does not only consist of highly marbled meat. At Niku Katsumata, you will find the carefully-selected, moderately-marbled beef by our meat Sommelier. To be able to offer the best meat, the management of cattle and the preservation of meat are all done without exception and to the highest Japanese standards.
You get to enjoy the exact quality of Japanese Beef as the people in Japan do. So do you prefer the skirt steak “hip” or round tip steak “bust”? 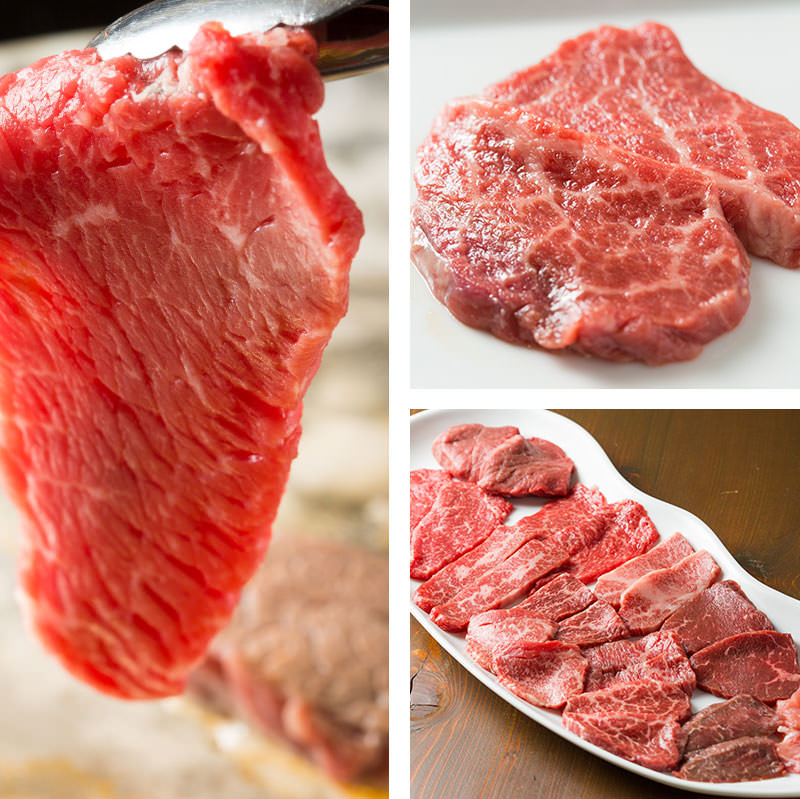 ~ Why Crystal? ~
...because you won't be able to fully appreciate the flavour of the beef if not for cookin with crystal.
By cooking over a low flame, which is evenly spread out through the crystal, Wagyu beef retains it tenderness without drying the meat. increasing it’s natural flavours.
And on the night of a full moon, the moonlight and crystal creates good Feng Shui. 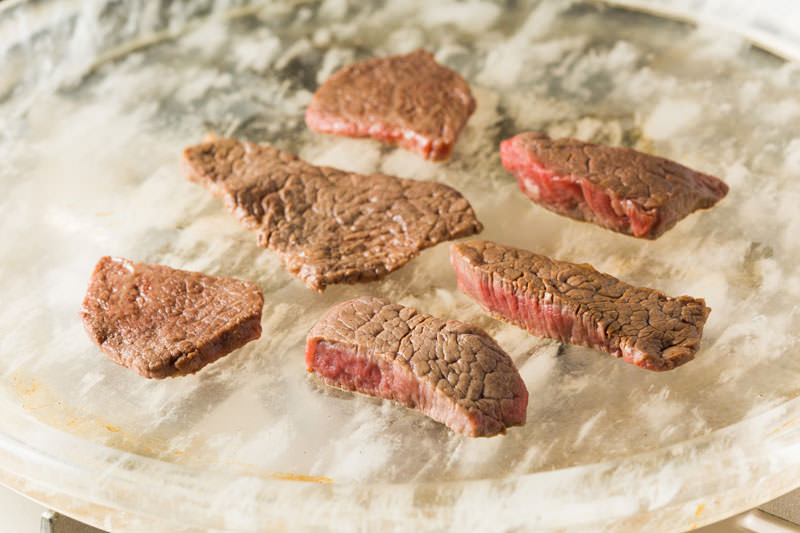 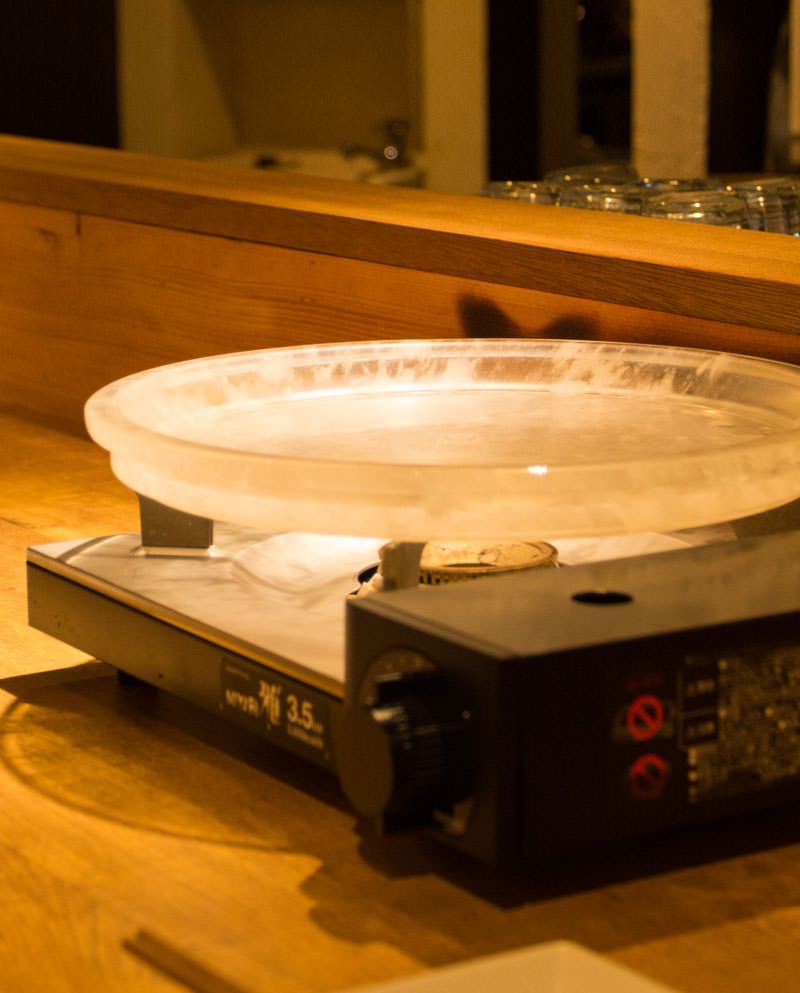 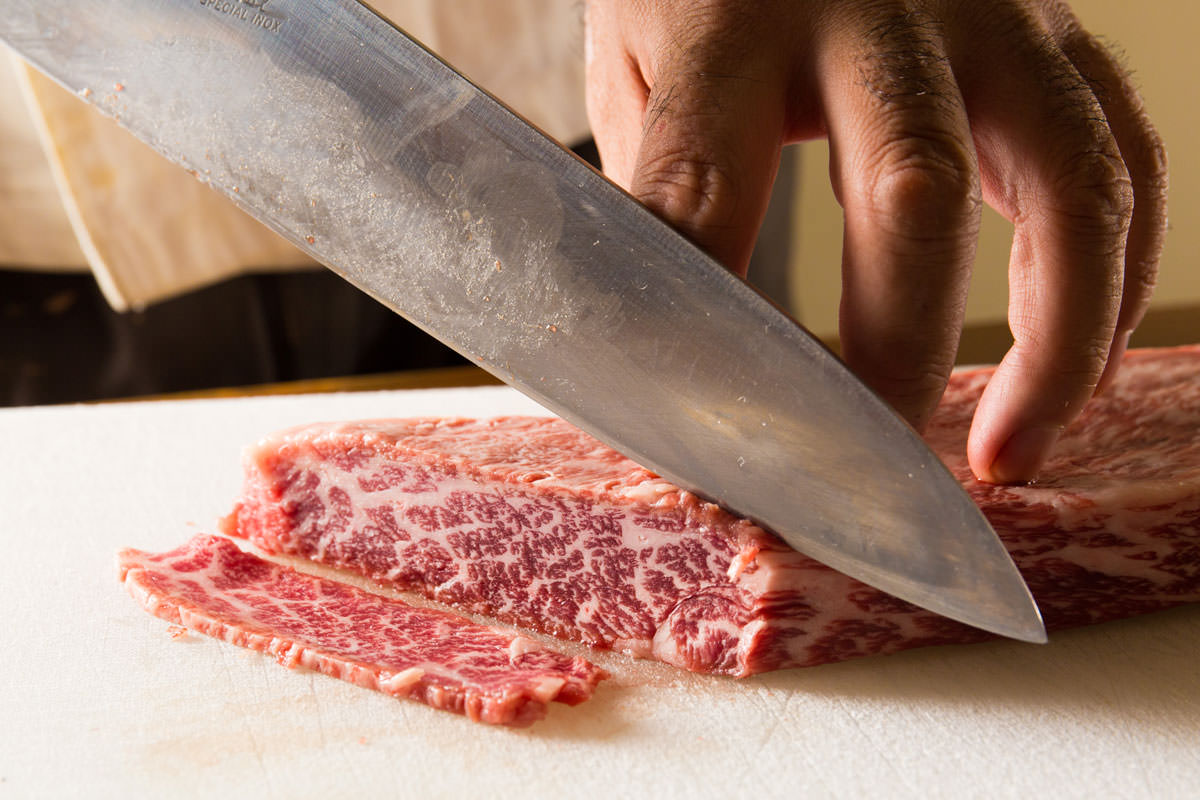 Ending with Ramen & Pairing with Alcohol

Ramen to end the meal.. Following the grilled meat course with curry is not the option. At Niku Katsumata, we offer ramen as the following course, with our unique Torisoba. However, if you still want curry, we still have the original curry available.

When it comes to matching drinks with meat, most people would agree that red meat goes well with red wine. We would suggest to experience a new marriage of flavours with Japanese Sake and Wine along with our Japanese beef. With Niku Katsumata’s extensive selection of the finest Sake from Japan, why not find your own perfect match? 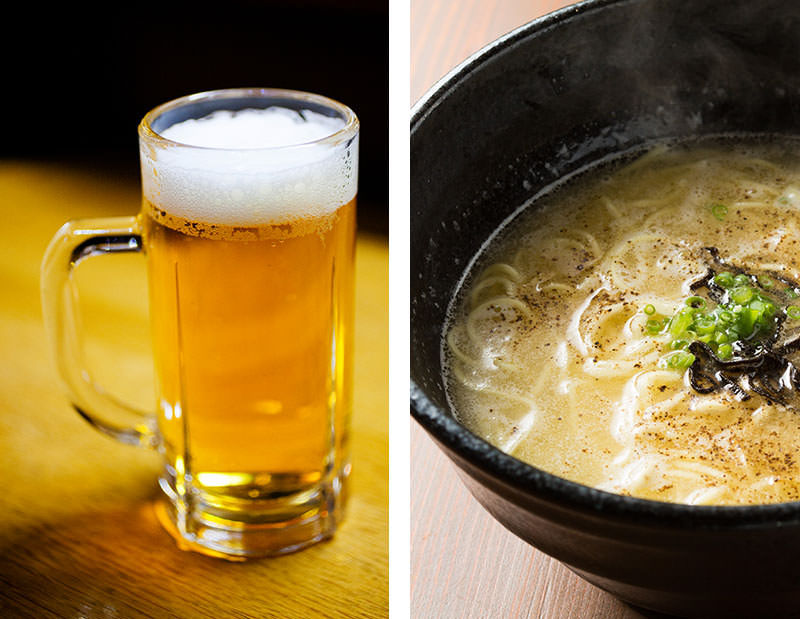 For the Entire Menu

We have often courses and a la carte.Please see this page for details.

We look forward to your next visit.
Do make a reservation to avoid disappointment.

If you want to contact ,keep in touch by mail.